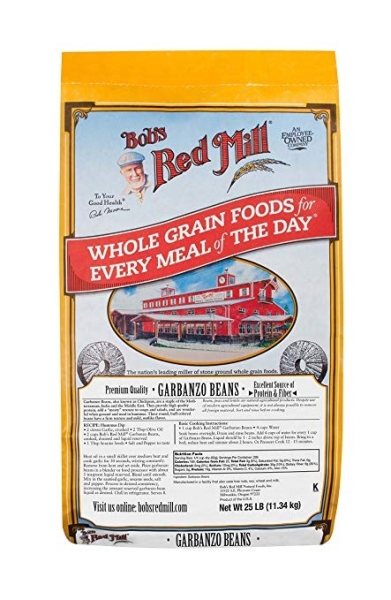 
Garbanzo beans (also called chickpeas or ceci beans) were first cultivated in the Middle East around 7,000 years ago. This popular legume spread from the Mediterranean basin and found its way to India and Ethiopia. Today, the garbanzo bean remains a staple of the Mediterranean, India, and the Middle East providing protein and a ''meaty'' texture to soups and salads. These round, irregular-shaped, cream-colored beans have a firm texture and a mild, nutty flavor. They maintain their shape well after cooking.

Garbanzo beans are a good source of fiber, protein and iron. Eat garbanzo beans with whole grains for vegetarian complete protein that's comparable to meat or dairy products, without the saturated fat or cholesterol.

Garbanzo beans are easy to include in a variety of recipes because they have a mild, subtle taste that pairs well with many other ingredients. Use garbanzo beans to make the traditional Middle Eastern favorites like hummus and falafel. They also make wonderful bean curries and dals. For a little variety, add garbanzo beans to chili, or process in a food processor and use as a meat extender or substitute for ground beef in tacos, pasta sauce, meatballs or meatloaf. Try mashed garbanzo beans in place of tuna fish for a vegan ‚Äúmock tuna salad‚Äù sandwich. Garbanzos are a great addition to casseroles, salads and soups because they add protein and fiber without any fat. Roasted garbanzo beans make a fantastic and healthy snack. Toss them with a little olive oil, sprinkle with salt and pepper and then bake until crisp.